Highview College has around 430 pupils and like many schools and colleges they were outsourcing all of their large format printing. This was not only posters and banners but also students’ creative projects, which included the scenery and huge backdrops for their drama group. Unfortunately, having someone print everything for them became time consuming and very expensive.

Thankfully, the financial burden of outsourcing the work of over 400 pupils was easily remedied when they invested in a Canon imagePROGRAF PRO-4000 printer and generated everything in-house, slashing their large format print spend by a massive 75%.

The PRO-4000 gave the staff and students complete control over their work, they are now able to experiment with their creations without the fear of huge invoices for prints and reprints, etc. They get to see their work immediately, no waiting, and the teachers and students can enjoy the freedom to play with new media and applications that they may have previously avoided due to cost. Their I.T. Manager states that it’s “…an essential tool for any school that wants to be in the 21st century!”

There are currently around 32,000 schools and 142 universities in the UK that could easily follow Highview College’s example, take control of their printing and slash their costs.

Back to Did You Know 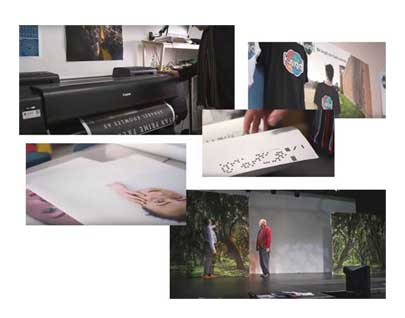 Need to talk to an expert?

Get in touch by calling us on

or email us via clicking the button below